On , President McKinley issued the BENEVOLENT ASSIMILATION PROCLAMATION, announced in the on , which stated the ' "altruistic" mission in acquiring the .

The have "come, not as invaders or conquerors, but as friends, to protect the natives in their homes, in their employment, and in their personal and religious rights."

Moreover, the U.S. wanted to "win the confidence, respect, and affection of the inhabitants of the Philippines by assuring them in every possible way that full measure of individual rights and liberties which is the heritage of free peoples, and by proving to them that the mission of the United States is one of benevolent assimilation substituting the mild sway of justice and right for arbitrary rule." 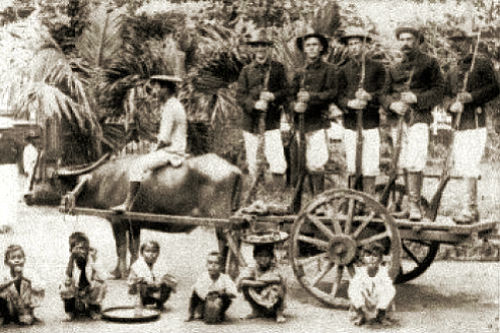 MGen. Elwell S. Otis proclaims American protection over the Philippines. Typo error in this original press release submitted to Manila newspapers by the US army: the date "January 4, 1898" should have read "January 4, 1899." 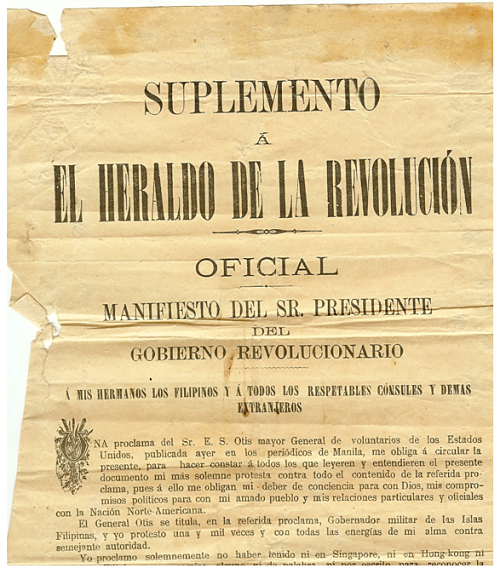 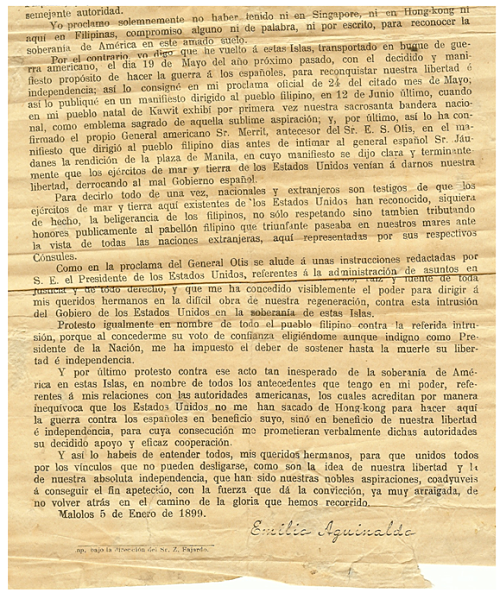 Aguinaldo's response, in English, to Otis's proclamation; a soldier of the 1st Washington Volunteer Infantry said he pulled this document off a public wall in Singalong district, Manila, in January 1899.

On Jan. 5, 1899, Aguinaldo issued a counter-proclamation to Mckinley's "Benevolence". He warned that his government was prepared to fight any American attempt to forcibly take over the country.

This sounded like a declaration of war to the American military although Aguinaldo had no wish to get into a war with the United States. He knew that war would only cause untold suffering to the Filipino people.

He was still hopeful that the situation could be saved by peaceful negotiations between him and the American military leaders in the Philippines. 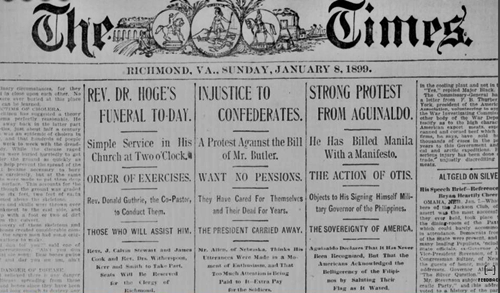 During the period Jan. 9-29, 1899, the Philippine Government negotiated with General Otis.

All this while, however, Otis was merely waiting for six regiments of the U.S. army to arrive to supplement his forces against the Filipino army. When they did come in late January, the seventh negotiation session was forthwith called off.

Otis thought he was now ready to carry out President Mckinley's mandate to move on from Manila to occupy all of the archipelago.